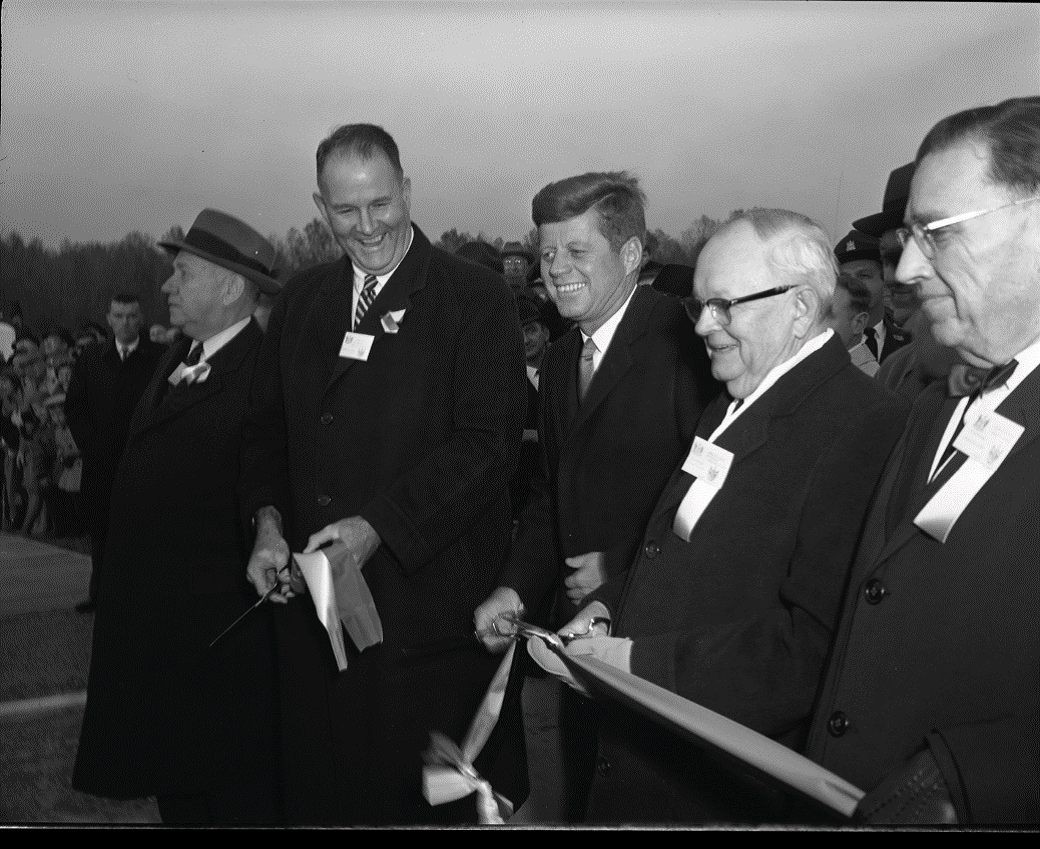 Originally built in 1964, I-95 runs through downtown Wilmington. Portions of the roadway and bridges were widened in 1978 at which time several on and off ramps were constructed. The Restore the Corridor Wilmington rehabilitation project encompasses numerous bridges including the mile-long Wilmington Viaduct which spans the Riverfront area, arterial and local streets, a bridge over the Amtrak rail lines and the repair of the Brandywine River Bridge.

The project area lies along an essential Mid-Atlantic section of the much broader I-95 corridor, holding national and regional significance for East Coast passenger and freight movement. This section serves as a critical part of the local, regional, and national multimodal system within northern Delaware, supporting connections such as: Amtrak; SEPTA; CSXT; and Philadelphia International, BWI, Wilmington Philadelphia Regional and New Castle Airports.

With an estimated Annual Average Daily Traffic of about 110,000 vehicles per day ( 82% passenger vehicles, 18% heavy-duty vehicles), this portion of I-95 is a critical corridor for East Coast travelers in general, and for Delaware, Maryland, Pennsylvania and New Jersey in particular. As a main feeder to numerous ports, airports, trucking, freight transfer and distribution centers as well as a connection for millions of residents and visitors within an hour of the project segment, it is vital to ensure I-95 is in good repair and longer-term future repairs and corresponding travel delays are minimized. The travel route also includes SR 1 – a main north-south route to central and southern Delaware and a major route to Delaware’s resort area that hosts more than six million visitors each year.

Project will extend the life of the bridges

DelDOT is committed to maintaining and preserving its bridges. After completing detailed engineering studies, DelDOT determined repairs were needed to extend the bridges’ service life and avoid major and costly rehabilitation work for a minimum of 30 years. Delaying this work could result in more costly and extensive repairs, in turn creating more severe and longer traffic impacts and delays. Planned construction includes the repair of 19 bridges, I-95 pavement, and ramps within the project limits including:

Given the high volume of traffic that uses I-95 daily and the adverse impacts lane reductions will have on this roadway and the local city streets, many advance projects were done prior to construction. These projects will help with traffic flow in and around Wilmington as well as the entire corridor.